Snow! The Beast from the East wasn’t roaring quite so loudly here as elsewhere on this island but, nonetheless, it was the first decent snowfall for some years. I wrapped up and set out for the Sanctuary to see what it looked like.

It had been snowing for several days but stopped as I stepped outside. The sun was beginning to find its way through the cloud, shafts of light on the brilliant white snow, but it soon started to fall again. It was bitter cold and deliciously so with little intense bursts of sensation as the increasingly large flakes touched the skin on my face.

A cat ran in front of me, leaving perfect paw prints in the snow. I looked behind me to see my own tracks and was reminded of a snowy day, perhaps twenty years before, walking along the bottom of a secluded valley in the South Downs. That day I followed a badger, solitary and steadfast in its refusal to deviate from its path. Surely it was only a few minutes in front of me – the snow was falling at such a rate that the tracks would before long be covered up. It was a thrilling feeling, knowing that only the badger and I were there, seemingly all alone in the world. Had the badger known I was following? The tracks led into some scrub which hid the mouth of a well-established sett. I left my companion to snuggle up in its warm refuge, hunched myself deep into my scarf and headed home. I climbed out of the valley and up on to the top to be blasted by the fierce wind and snow that the gentle fold in the Downs had been protecting me from.

I wondered what tracks I would see in the Sanctuary – had the fox been out, or the deer? And it dawned on me that if any other people were visiting then maybe I would see their prints too. I have been coming here for a year now, and I have yet to meet a single soul. It truly feels like my own private garden, just me, the animals and the birds. If there are others, today would be the day.

I opened the outer gate and saw the path stretching away, covered by virgin snow. No prints, human or animal, to be seen. Once again, I was on my own. I usually see a deer on this path, once even a fox, but today nothing. Not even the noisy wrens in their hedge! I was stunned to open the second gate and find five bicycles leant up against a tree.

Were they stolen? Had they been hidden here? Or, was I in company after all? If so, they’d been here long enough for the snow to cover their tracks. The faint smell of wood smoke answered my questions – the custodians were busy at work, somewhere in front of me.

The Sanctuary was lovely. The snow did what snow does. It covers the blemishes and accentuates the beauty. The lake was mostly frozen, and the snow had settled in places – it was a landscape of black and white. The geese looked cold and harassed by the reduction in open water and were chuntering away quietly to each other. I wondered if the frozen water made them more vulnerable, remembering a zoo that lost its flamingos when a gleeful fox ran across an icy pond to feast upon them. I passed a patch of thistles, reaching up out of the snow, my feet crunching as I approached the volunteers hard at work. 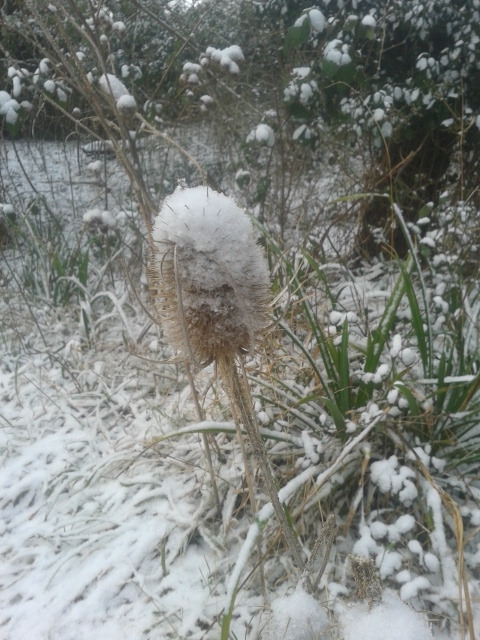 They were clearing the dead wood on the north side of the lake, encouraging new growth. Rosy cheeks and plumes of breath in the cold air, heavy sweaters and thick gloves – this was hard work and I felt slightly guilty at not stopping to help. But we exchanged cheerful hellos and spoke briefly. They were as surprised as I was to find somebody else here. We all regard it as our own private space. I left them to it and walked to the far side of the lake. The Sanctuary fell quiet once more – silent and lifeless, save a few pigeons and the sound of my own footsteps.

Two days later and the snow had gone. There was an air of quiet industry – birds were everywhere, building nests, feeding but not with the joyful cacophony of spring and birdsong. Rather, this was a landscape waking up from the cold and getting on with the business in hand. The last hurrah of snowdrops, already past their best, swathes of hellebores and vibrant clumps of primroses had shaken off the winter and were making the most of the sunshine. I leant against a tree and paused, enjoying the warmth of the sun on my face. Spring was here and I rejoiced in it. 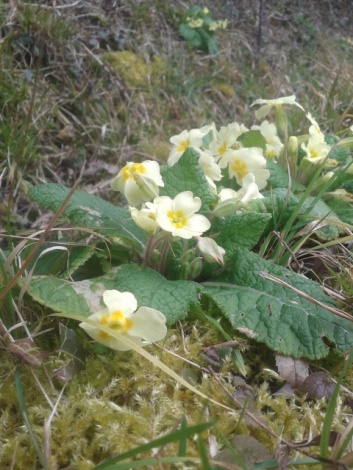 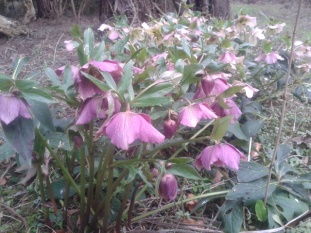 One thought on “Badgers and Flamingos”