Oh, to be in England,
Now that April’s there,
And whoever wakes in England
Sees, some morning, unaware,
That the lowest boughs and the brushwood sheaf
Round the elm-tree bole are in tiny leaf,
While the chaffinch sings on the orchard bough In England – now!
(Robert Browning)

Spring is upon us and with it comes the thrill of planting and the prospect of a glorious summer. Out comes the old biscuit tin and excited rummaging through packets of seeds, topped up by trips to the garden centre or the supermarket and the guilty purchase of more. I am primarily a vegetable grower, being very fortunate to have an allotment on the rich black fen soil of Eastern England. I take great pride in having a vegetable garden that is below sea level.

The allotment is in the country and exposed to the winds so, whilst blossom is beginning to festoon the town (my apricot blossom has already been and gone – too quickly!) the trees on the allotment are only just beginning to open up. But things are happening – the peonies have poked their heads up, the gooseberries are in leaf and the nettles are already spreading and colonising any bare patch they can find. The battle is on. 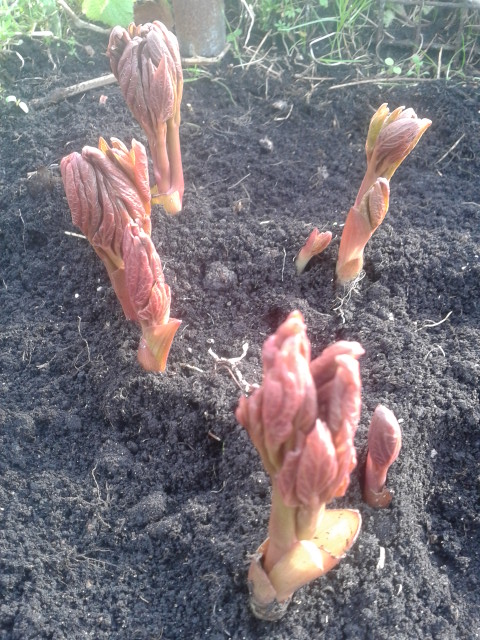 It has been an unusually harsh winter – this time a year ago the asparagus had already started to appear. Not this year. And, as a consequence, the annual anxiety of when to start planting has been shifted back a week or two.

“There is nothing like the first hot days of spring when the gardener stops wondering if it’s too soon to plant the dahlias and starts wondering if it’s too late. Even the most beautiful weather will not allay the gardener’s notion (well-founded actually) that he is somehow too late, too soon, or that he has too much stuff going on or not enough. For the garden is the stage on which the gardener exults and agonizes out every crest and chasm of the heart.” (Henry Mitchell)

I have decided to allay my own anxious notions by, this year, taking a three pronged approach. Last year’s dahlias were left in the ground in the hope that they will return, I have bought tubers, and I have also bought some very cheap seeds. I should perhaps have dug up last year’s plants in the autumn and heeled them in somewhere cosy but, lulled by the gentle winters of recent years, decided they’d be alright. I may have got that wrong. 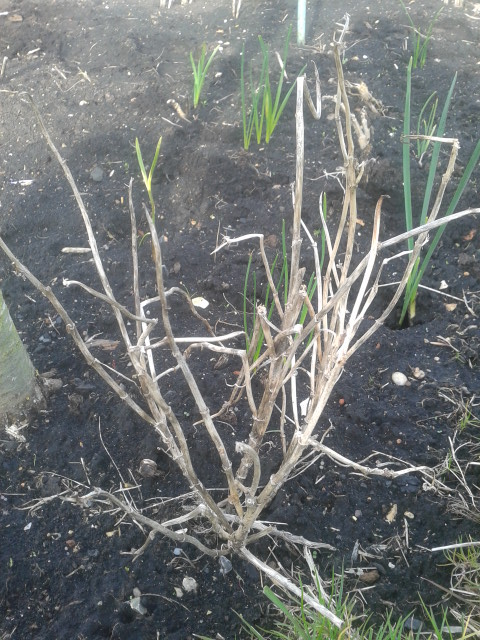 The seeds, however, which I planted in early March, are looking terrific. In fact, they have given me a new worry – when should I pot them on? 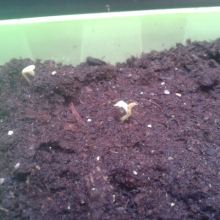 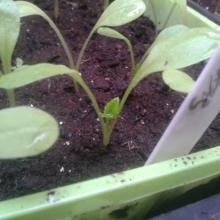 And the tubers are already in the ground. A few days ago I visited a country house, of the kind that used to be lived in by the landed gentry but are now preserved as eerie museums – there was a dahlia garden, three times the size of my allotment. It described a curve, sheltered by a glorious beech hedge, still golden and rustling in the wind. My dahlias will be sheltered by a rattling corrugated metal sheet, between the path and the asparagus bed. Both are blank canvasses, the black soil pregnant, tubers swelling beneath the surface, and a delicious sense of anticipation in the quickening of the gardener’s heart. 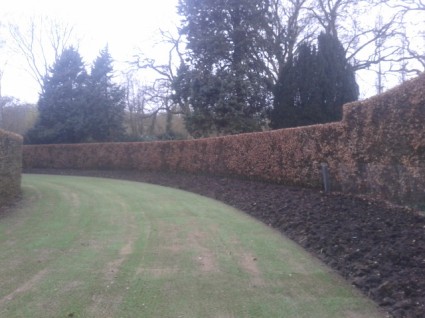 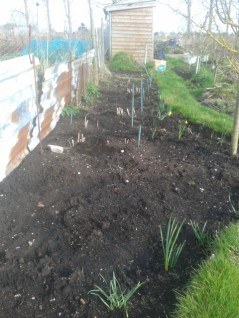