It’s glorious down here this evening. The strong winds of the morning have died away and I am basking in the lazy heat. I should be working, but I’m lying on my front admiring my dahlia – the first of the summer, and it’s one of last year’s survivors too. The tubers have grown quickly into enormous bushes, but no flowers yet, whilst those planted from seed are slowly but steadily establishing themselves. But it is the late starters, the dahlias that over wintered down here in the allotment, that have produced the first flower. Just the one, but lots of fat buds – another week and I’ll have what my Grandad with his smoky rasp would call a “lovely show”, with a display of what my Grandma would call “blooms”. 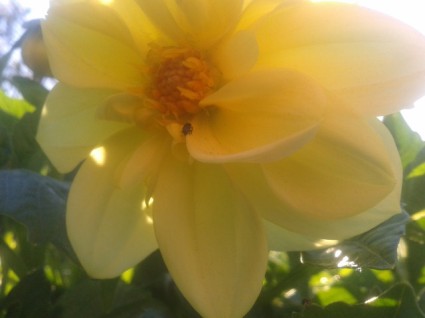 So forget the weeding! Vegetable schmegetable, it’s all about the flowers right now. 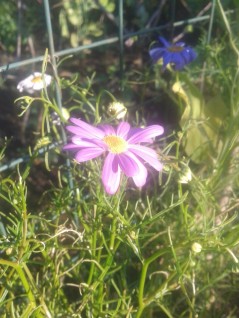 Except that it isn’t. Exciting things are happening all around, and after indulging myself with the flowers I can’t resist wandering around to inspect my crops. There are pea pods and broad beans appearing, climbing beans are beginning their ascent and the sweetcorn is up to my knees. Both apple trees have healthy amounts of marble sized  fruit, although one of them has leaf curl, but not as awful as last year. There are failures too – all the gooseberries seem to have died off and what looked like a bumper crop has disappeared. No fool this year!

One thought on “Dahlia Diaries – the fourth”